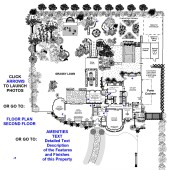 SOLD Well, according to the City of Houston Architectural and Historical records, that was the price on 3375 Del Monte Drive when it was constructed and listed for sale in 1935.   It was purchased the summer of 1936 for $32,500 cash, as reported in both the Houston Chronicle and the Houston Post.  Harry Hilliard [...]